Having worked with local, state and federal governments, private-sector businesses and international companies, Upper Hand Strategies team is a fully-comprehensive effort that maximizes our client’s exposure through our understanding of communication and outreach tools. 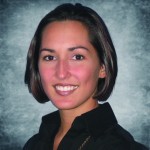 De la Torre’s experience in communications began in 1999 working in television for the daily news-magazine show on Univision Network, Primer Impacto, and as a Column Writer for the Pulitzer Prize winning newspaper, The Miami Herald.

After five years in television, she was hired as the Deputy Director of Specialty Media at the Republican National Committee where she was the on-record spokesperson for specialty outlets, assisted in the planning, execution and development of key messaging, and developed and implemented an aggressive booking operation of high-level surrogates for radio, television and print media outlets at the local, regional and national levels. In 2005, she took on the responsibility of Communications Specialist for Florida US Senator Mel Martinez and worked as the National Director of Specialty Media for the 2008 Republican National Committee. In 2012, de la Torre served as the National Director of Specialty Media at Mitt Romney for President.

A native of Miami, FL, de la Torre is a graduate from Florida International University with a dual-Bachelors degree in Broadcast Journalism and Spanish. 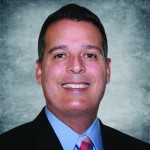 Prior to joining Upper Hand Strategies, Hernandez worked as a commercial artist and Art Director for a number of advertising agencies for nearly 10 years. He then took on the responsibility of Production Stage Manager at Univision Network in both news and entertainment, working on national, international and special programming including Despierta America, Aquí y Ahora, Noticiero Univision, Premio Lo Nuestro, 9/11 Special Programming, The Ronald Reagan Special, and Casa Pepsi.

In his role as Production Stage Manager, Hernandez was responsible for the development and coordination of event organization, as well as setting, communicating and maintaining timelines and priorities on large-scale projects.

A native of Havana, Cuba, Hernandez is a graduate from the Art Institute of Fort Lauderdale with a degree in Advertising and also holds a Bachelors degree in Communications from Trinity International University.